Going into the summer of 2014, I knew I was going to be focusing a lot of work on several exterior projects. At the beginning of the summer I took a week and attacked the cantilever insulation, and I was doing a fair amount of prep work by mid summer for the Hawaiian luau pig roast. You may also have seen a picture from last year when Mary and I did our first take on cleaning up the existing landscaping: 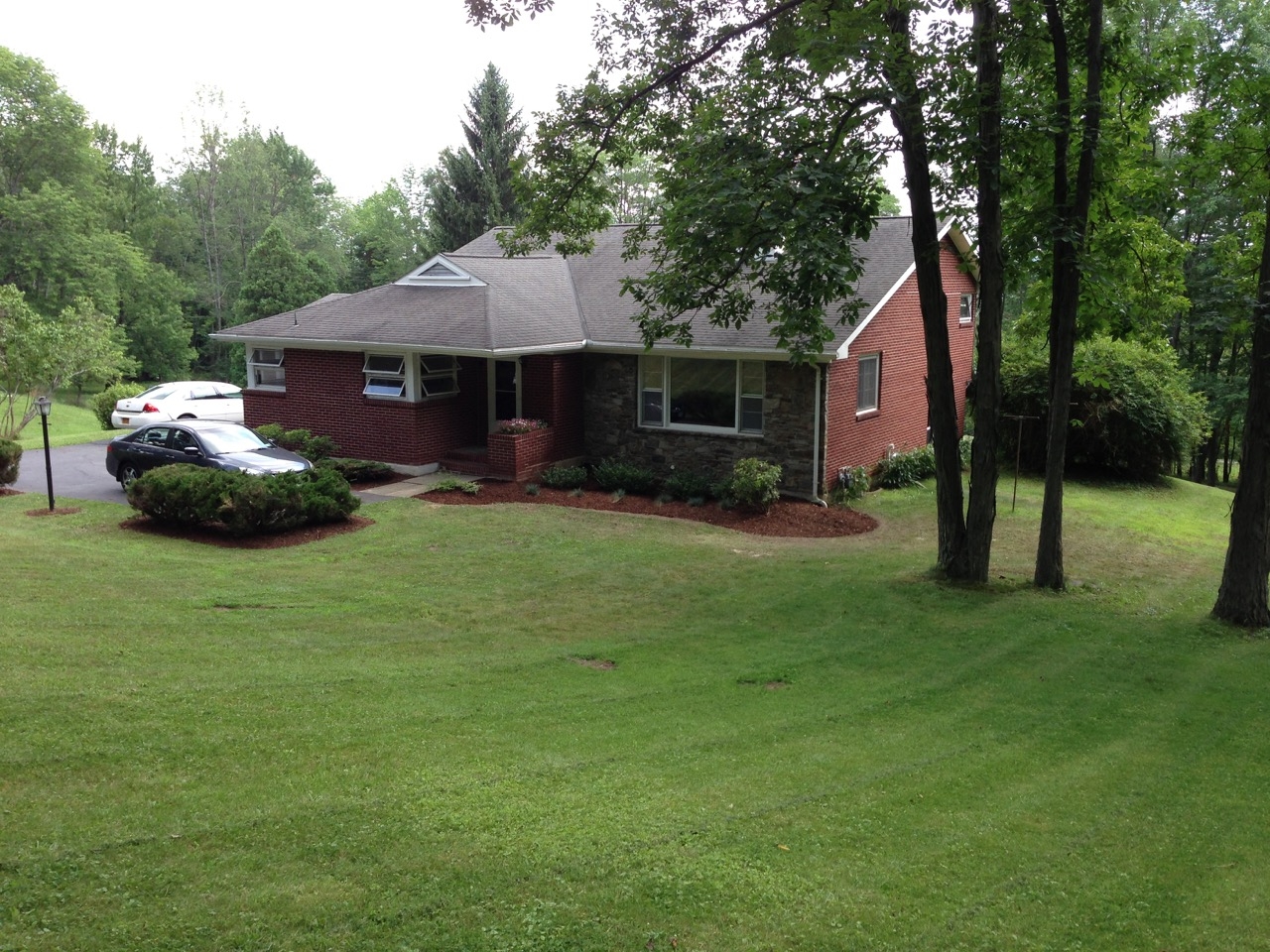 At that time, that was just a stopgap – I had a lot of other projects to work on, and I knew that once I really got into the landscaping it would become an exceptionally large job. Why? Because once I had the landscaping ripped out, before we spent money to put new landscaping in, I would be correcting several other exterior issues at the same time. In particular:

– The parging on the house foundation was last done about 20 years ago and beginning to flake of and needed to be repaired.

– The landscaping in the front of the house needed to be re-graded. It had a low spot near one of the basement window wells right below a gutter that can overflow into it. This isn’t a good combination in a heavy storm when the gutter backs up. (as can happen in the fall.)

The first part of this two part post covers the first chunks: cleaning out the existing landscaping, fixing the terrain, and parging.

To get started, I called my Uncle (Charlie) and asked if he could bring over his tractor to help me out. Fortunately he was game (we made him dinner) and out came all of the landscaping. Doing this with a tractor is infinitely easier than trying to get it out yourself. Actually, I’m pretty sure there was no way I could have got that out by myself. For the next several weeks (including during the Luau) the front of the house was at first, a disaster and then just barren: 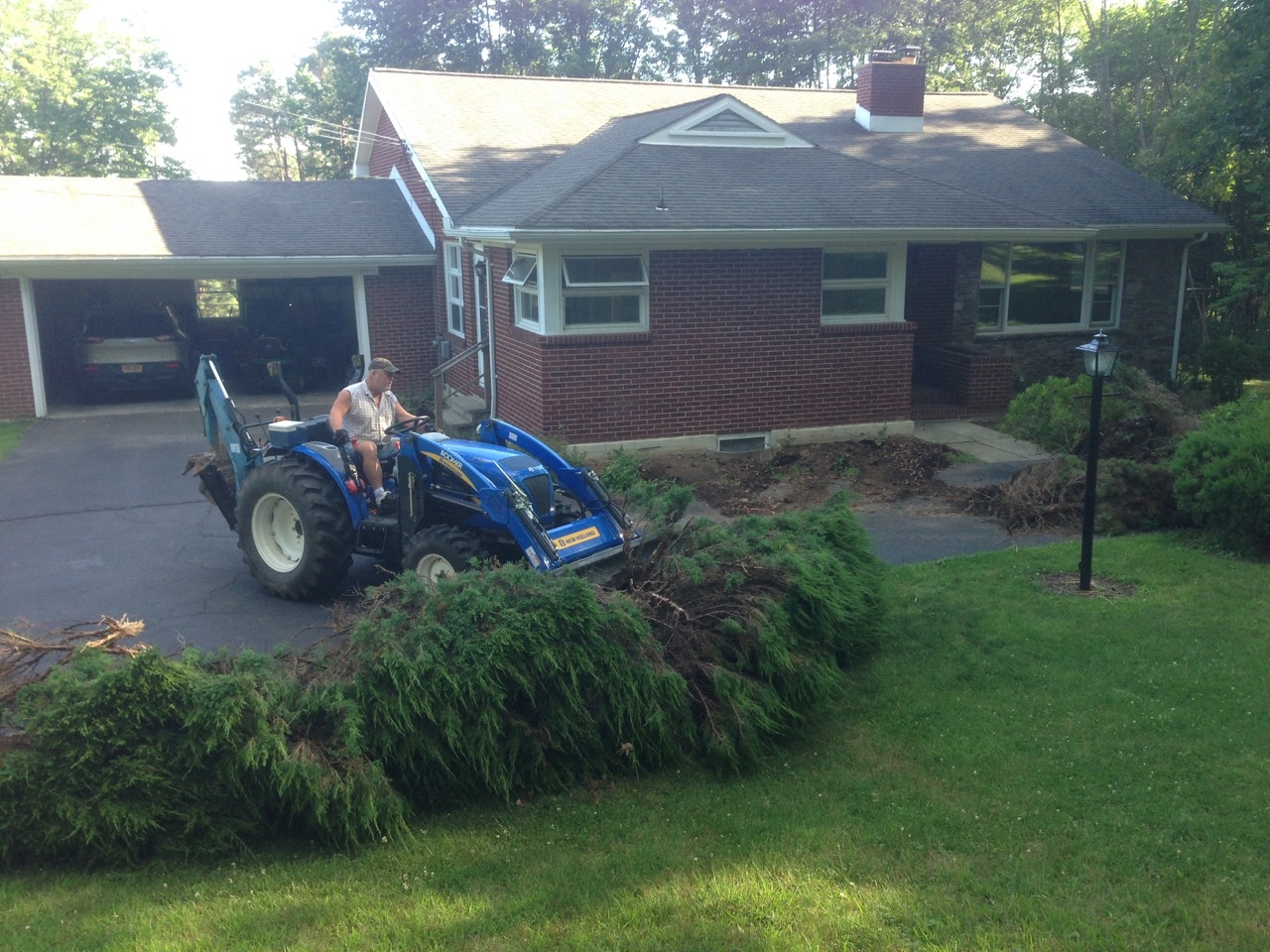 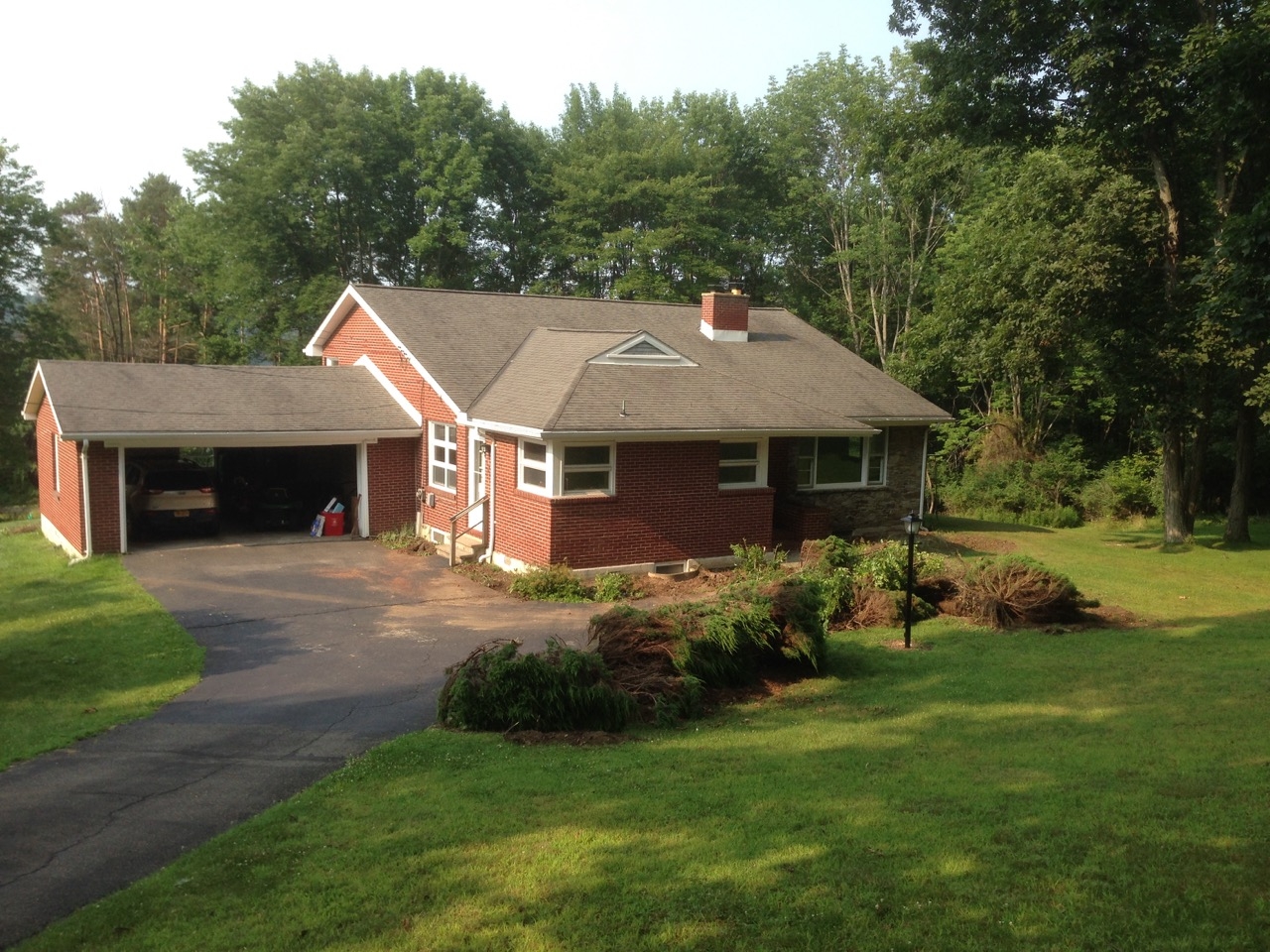 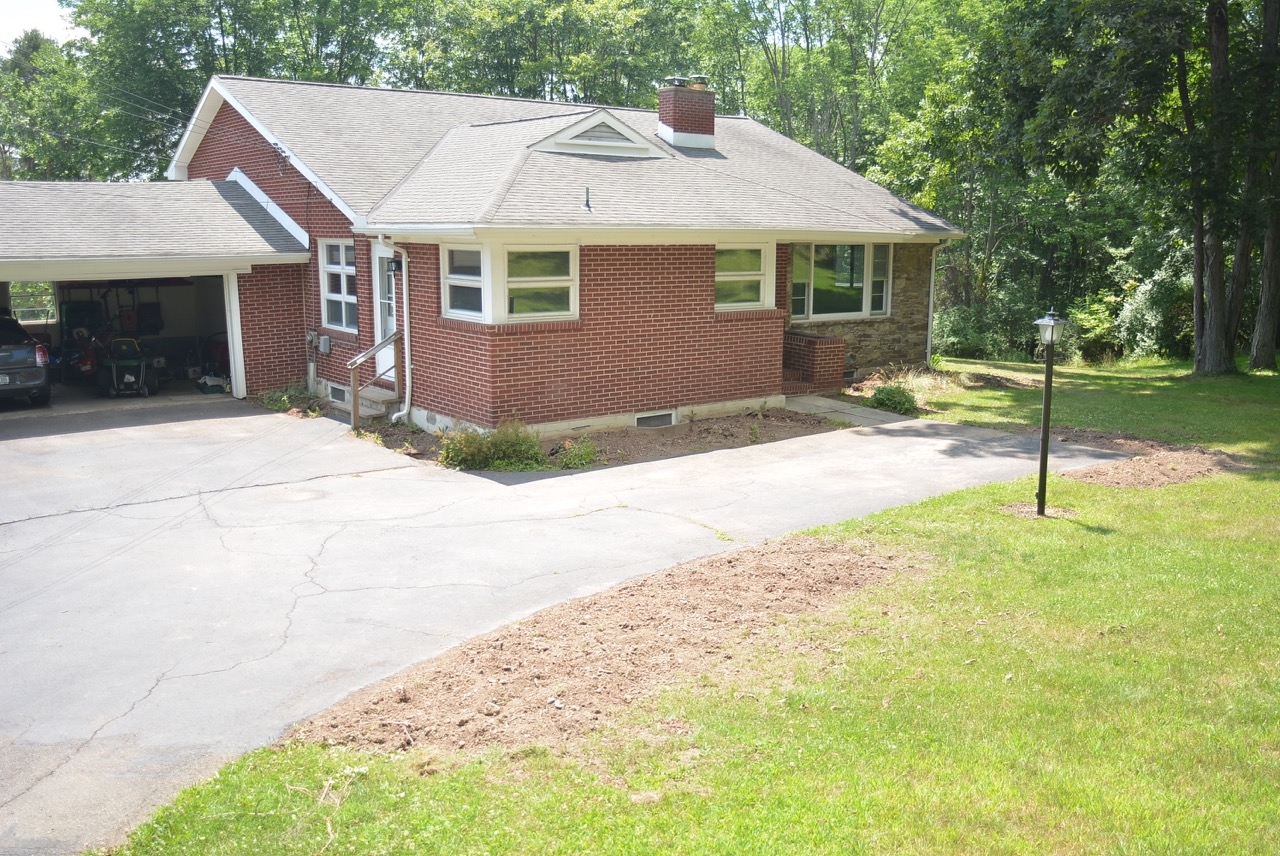 After cleaning up the pulled landscaping and disposing of it, I moved on to taking care of the window wells. On our house we have precast concrete window wells. I think they are nicer than the metal ones, but these needed to be elevated a few inches to help keep things out of the wells: 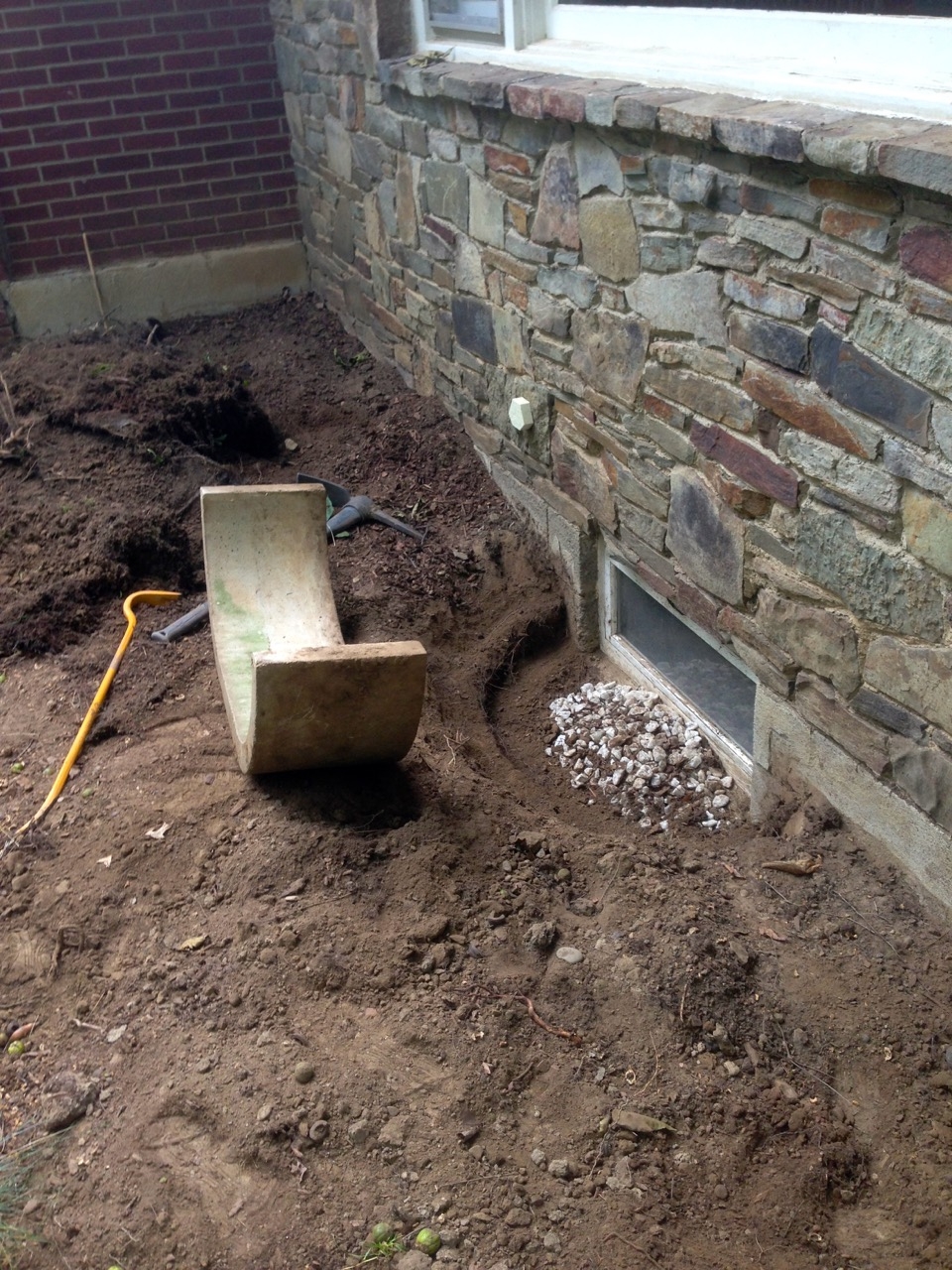 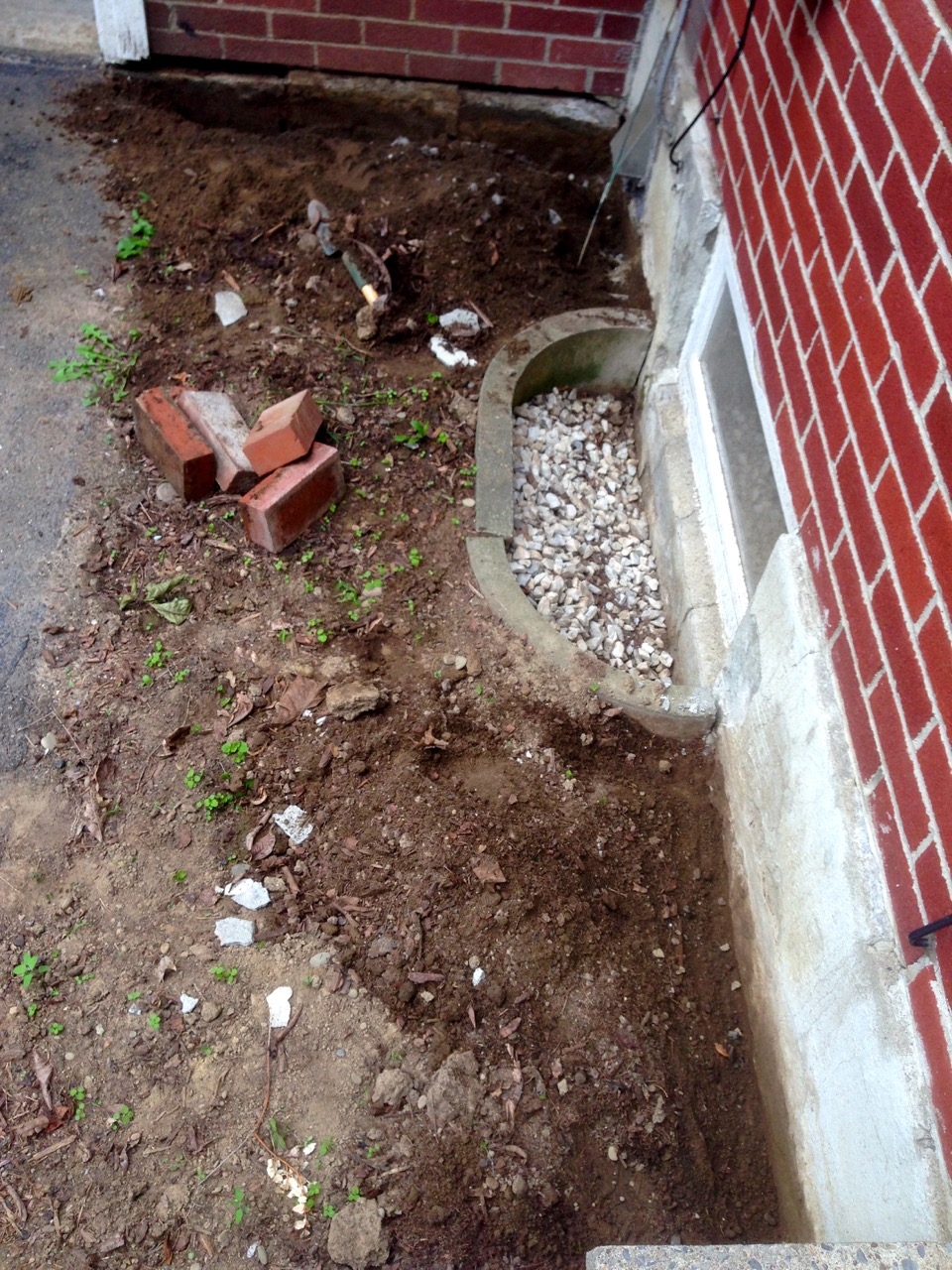 Getting to this point took me about three weeks between all of our other commitments (like SpiedieFest), but with September quickly approaching I got back on the horse and brushed up on a new masonry skill: parging a block wall. Parging is applying a skim coating of concrete to a surface – in our case, the exposed top portion of the house’s cinderblock foundation. Parging gives the block a nice uniform appearance, as well as providing a fresh sealed top coat on the block to enhance strength and weather seal.

The parging process involved digging a trench about 4-6 inches deep around the foundation to get a finished spot below the ground line and pre-cleaning\scraping any loose existing parging away. Then you mix up an appropriate batch of mortar (I used sand topping mix, applied about 1/4 inch thick) and, on your hands and knees, apply mortar to a rectangular trowel and push it onto the foundation wall.

There is a fair bit of learning at this step – you have to learn how much mortar goes onto the trowel, how moist it should be, and the best application stroke to take to move reasonably quickly as well as ensure your coating is going to stick. Once it has dried slightly, I came back over it with a rubber float and lightly scrape the surface to “expose” the texture of the newly applied concrete. Doing this step helps cover any imperfections in your application, as well as ensure the entire wall has a uniform appearance. Of all the parts of this work, I feel the parging was the one that really had the biggest visual change: 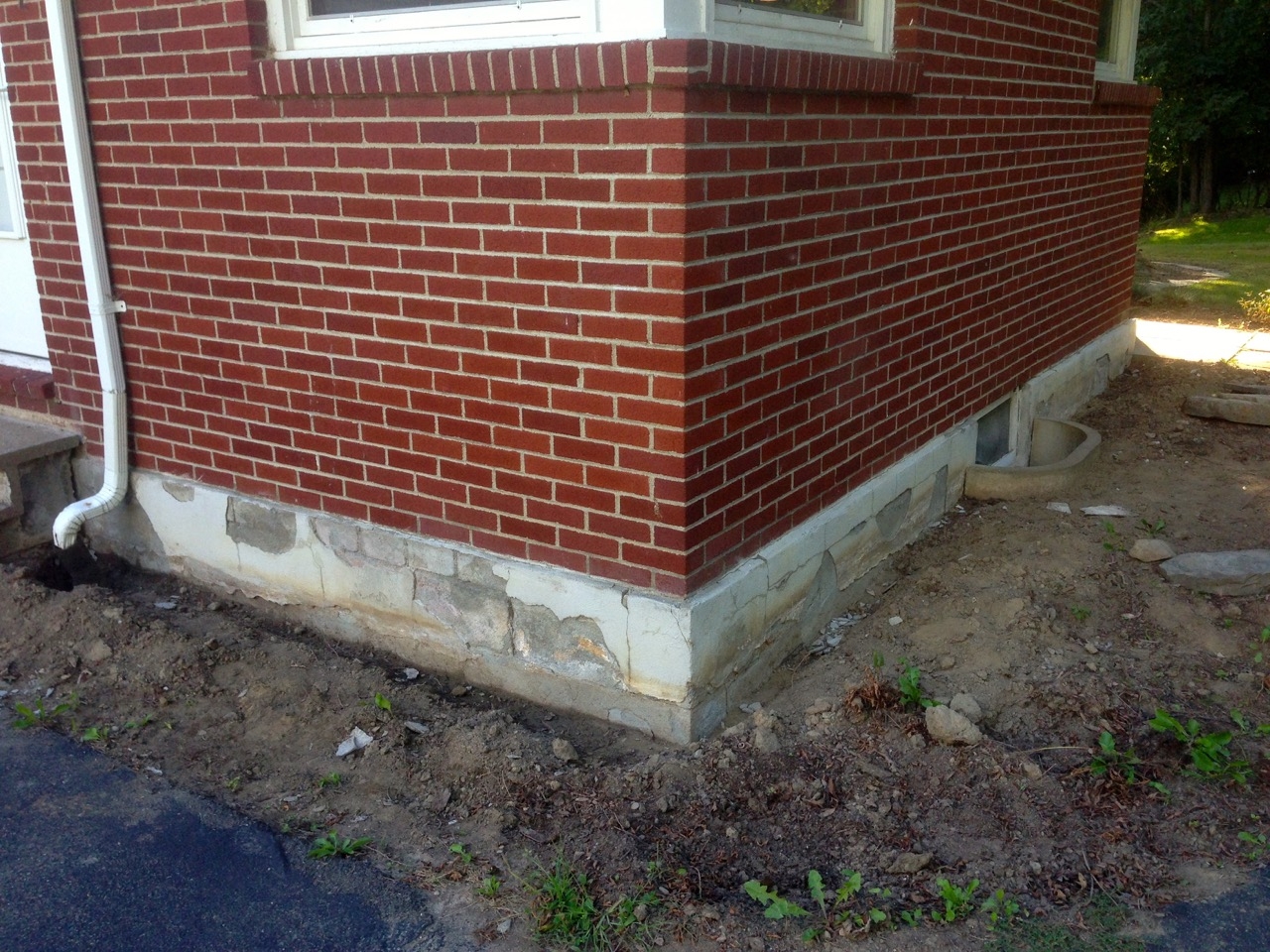 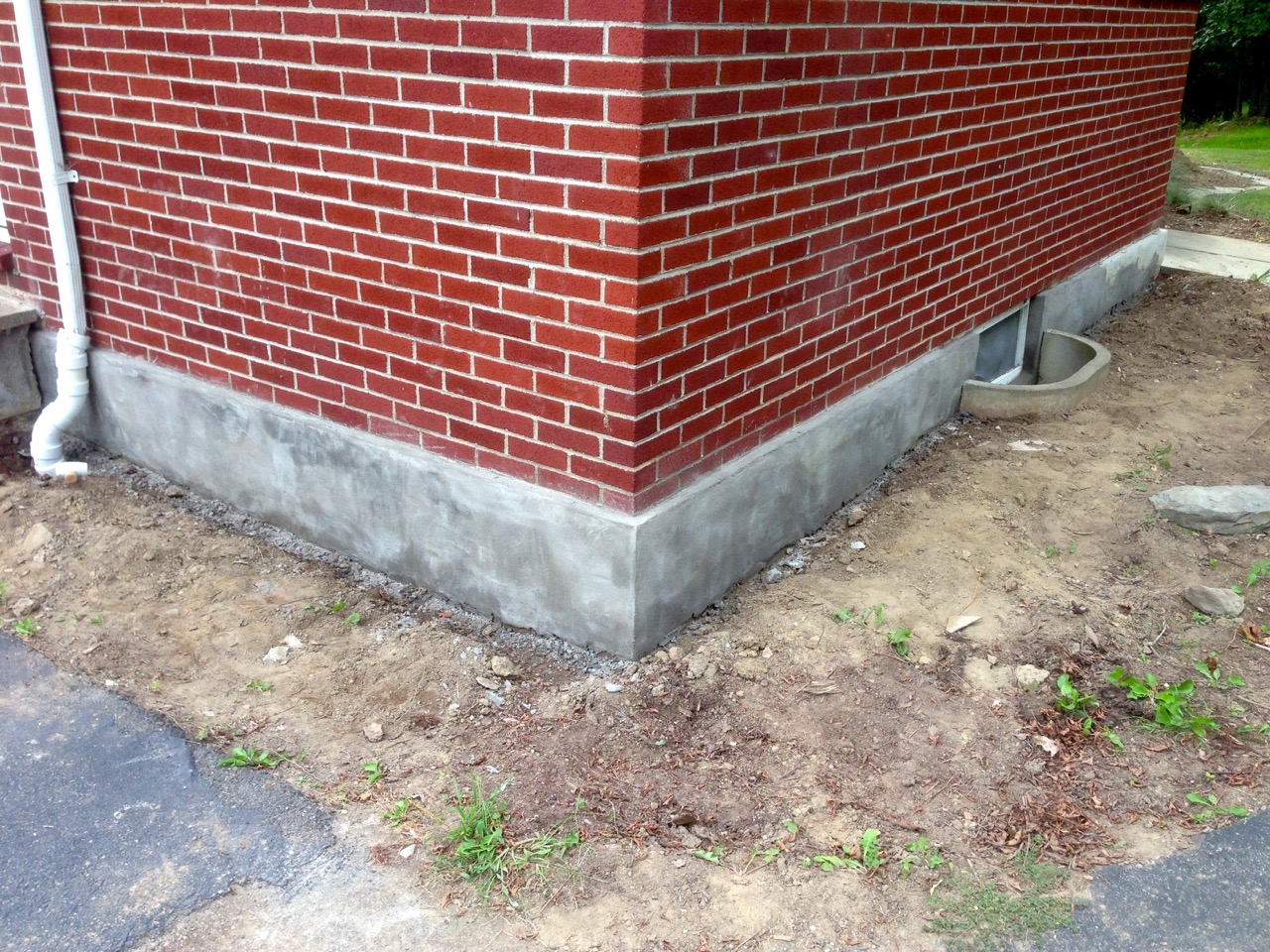 Part two to follow with the installation of the new landscaping.