We don’t watch a whole lot of TV (although we have been watching a lot of the Winter Olympics the last two weeks. Or, maybe the Olympics have been watching us..), and as such we don’t spring for cable service. Our home phone is also now through Google Voice – so all we get from the local cable provider is Internet service. But that doesn’t mean we don’t want to watch TV. We just watch the handful of stations we can get (which are plenty), and have Netflix, Hulu Plus, iTunes and Amazon Instant to get lots of instant options of movies and TV shows.

For those uninitiated, your local TV stations still broadcast over the air – and usually now broadcast two or more “subchannels.” Most are also in high definition with crystal clear pictures. Here in the Greater Binghamton area, we used to get four channels (CBS, ABC, Fox, PBS) with a repeater from Elmira for NBC. It turns out now that instead of five channels, there are now nine over the air – and more if you can pull stations from a longer distance (like Scranton.) As it turns out here at the house we are in a nearly perfect location to easily get all of the stations from Binghamton, as well as almost all of the stations from Scranton if we wanted (though most would be duplicates.) With the non duplicate Scranton stations, we actually receive fifteen channels over the air.

How do you know what’s available where you are at, and how to get it? The first step is to check online. There are a number of websites dedicated to helping you figure out what is available. My favorite is tvfool.com – it lets you put in your home address and will show a graph detailing what is available, the signal strength, and the direction it comes from: 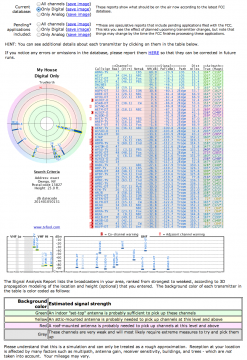 It has another cool feature where you plug your address into Google Earth and using the actual terrain, it will give you an idea of what you will receive given your specific location (ie, if you are in the shadow of a hill.) Our map looks like this for local station WBNG, zoomed out to show most of upstate New York: 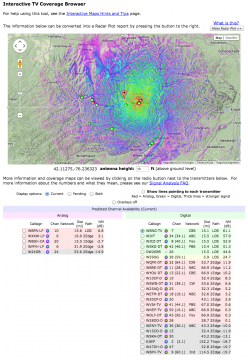 Once you have an idea of what’s out there, you need to get an antenna and distribute the signal through the house. When you have cable TV, the signals they send you are strong enough that you can put a splitter or two in your house with no adverse effects. When you are doing it yourself, you likely need to address making sure the signal is good throughout the house as well. There are a lot of great antennas out there that you can buy, but I decided to build my own: 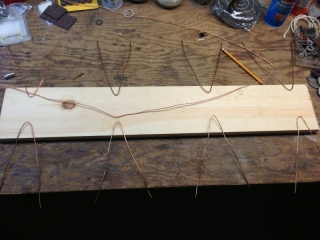 This is a pretty simply contraption, and the directions are available online. (If you want, you can buy one online easily instead.) It cost me about $18 to get the materials needed. I decided to stick this in the attic, where Grandpa Rynkus had his antenna for many years. (I foolishly had that antenna tossed away a few years ago. Oops.) I picked up an antenna pre-amplifier to make sure the signal coming from the antenna was good. In our house we have five TV connections (though not that many TVs.) So I needed to split the signal – which also meant that I needed a powered amplifier splitter. When you put a splitter in a cable wire, the signal does just that – it is split between the two (or more) sides. With a powered splitter it splits the signal and then boosts it back to what is was before for each of your wires. Once this is in place, things are ready to rock and roll.

So let me review what I’ve done here succinctly: I built a small antenna and placed it in the attic. The antenna connects to a pre-amplifier that boosts the signal coming from the antenna, and then there is a cable running from that amplifier in the attic downstairs to the powered four-way splitter in the basement. All of my cable wires from the various wall jacks connect to this splitter. So, If we place a TV in any room, we just hook to the cable wire and it hooks right in to our fancy attic antenna. 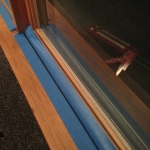 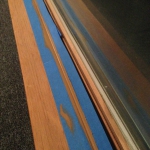 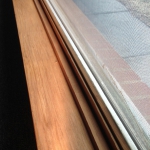