Along the west side of the house Grandma planted a bunch of peonies many years ago – I recall her mentioning they were a gift from her mother-in-law (who passed away in 1978), so they probably date to the 1960s. Either way, they have been growing in the same spot for at least as long as I have been alive.

As we spend our first year in the house, we’ve been watching the things planted outdoors so we can make some changes but retain some perennial plantings, like these peonies. So far we have blooming (in this order): crocus, daffodils, tulips, forsythia, lilac, and peonies.

I have some vintage cameras as well, including a Polaroid from 1967 – they all still work, and I still use them fairly regularly. A few weeks ago I shot some pictures with the Exakta 35mm (that film will be developed soon, I only just finished the roll…how long has it been since you’ve heard that?), but just the other day I grabbed the Polaroid 450, attached some lenses to it, and shot a few of the peonies. These are scans of the physical pictures – no Instagram here: 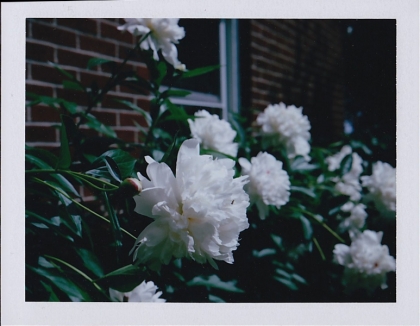 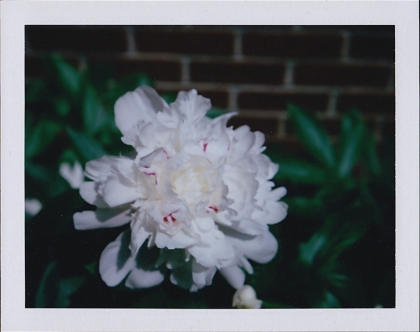