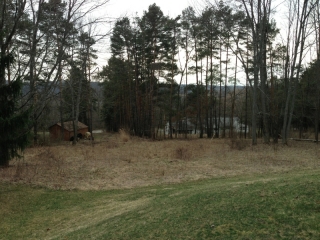 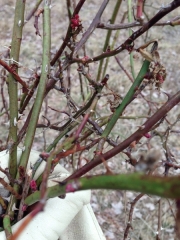 Given the threat of grievous injury caused by these nefarious plants, I’ve begun clearing the “meadow” and preparing it for mowing. Over the course of the summer I’m going to try and reclaim a large portion of this area, though the lowest portions will require some work. There are also a number of trees that I need to take down on the lowest portion of the property because they area dying or already dead. We’d also like to put a garden in somewhere in the lower portion in the next few years.

The backyard of this place is great. The property is just over 1 acre, and off the back of the house is a nice covered bluestone patio that overlooks the large backyard. We even inherited the patio furniture. One of my projects is dismantling the furniture and stripping the paint (not original) and returning it to a nice redwood stain. 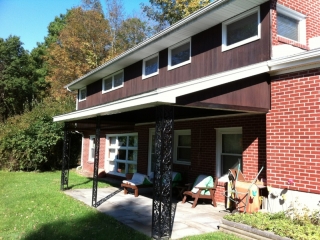 Later this summer, besides getting married, one of the biggest projects will be getting rid of the forsythia bushes on the back corners of the house. We love the forsythia, but they are too large for the house (have a look at the pictures here, and want want to reclaim the flat space around the house because it is very valuable. Plus, we have several other forsythias around the property.

More to come as progress is made!

3 thoughts on “The Meadow”